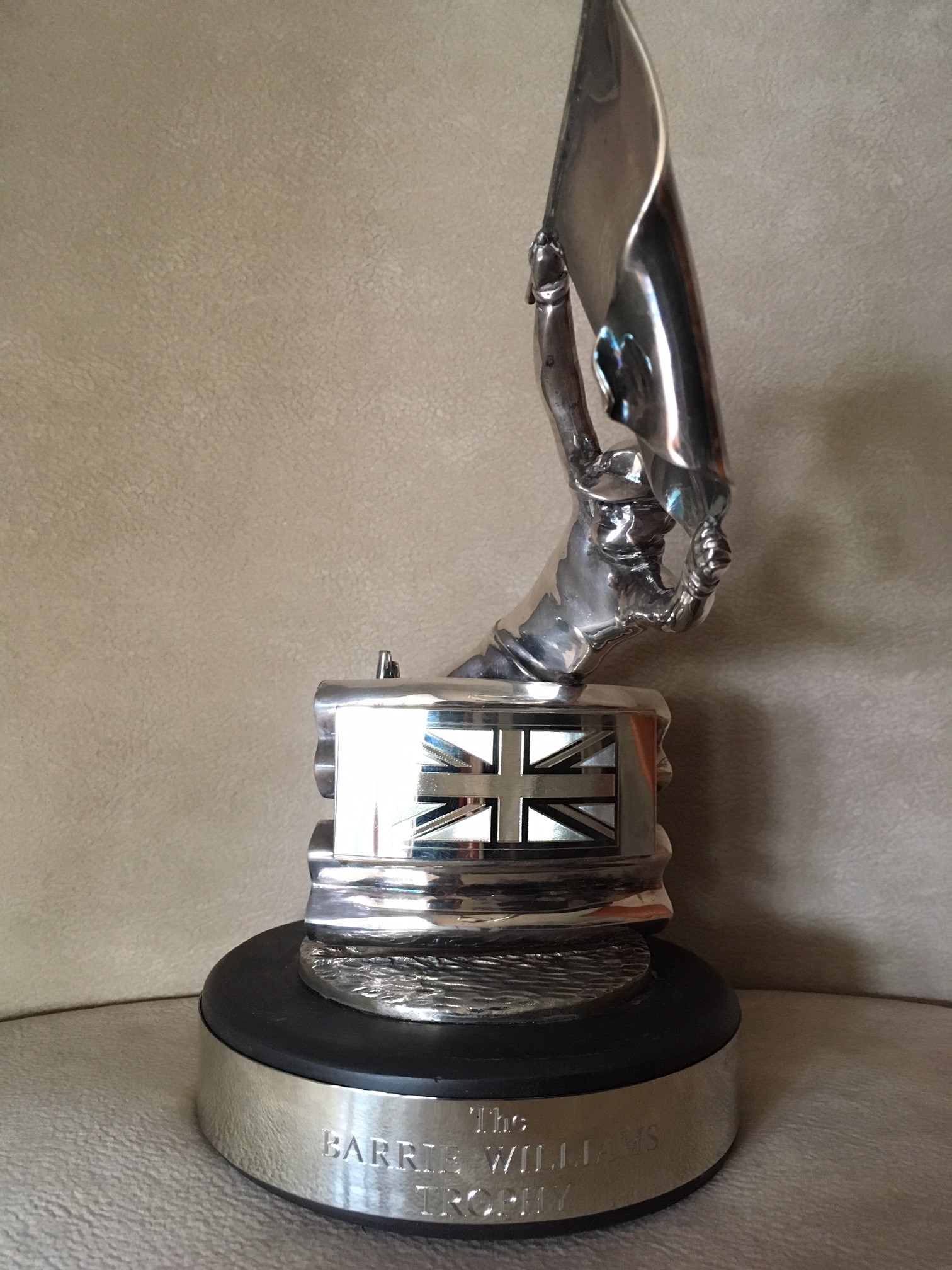 Margaret was presented the award by the Chair of the BMMC (and fellow BRSCC NW committee member) Nadine Lewis.

Margaret plays an integral role in the organisation of the provision of volunteers at our race meetings and is a familiar and friendly face in the paddock and around the track as she conducts her walkabouts to see how all marshals are.

This has been especially challenging over the last couple of seasons with Covid-19 changing the way marshals have all had to work, and the added administration and last minute changes to plans due to isolation requirements.

Not only does Margaret conduct this role for the BRSCC in the North West and North Wales, she does the same for other clubs in the region as well.

BMMC Chair Nadine Lewis said: “Margaret’s nomination was put forward by the [BMMC] NW region but her contribution has been recognised by the whole club. Her support for the marshals has been unstinting in ensuring their needs have been catered for as we have worked through the pandemic.

”I am delighted to have been able to make this presentation at the NW training event and honoured to have presented it to such a worthy winner and a dear friend.”

Margaret joins Centre Committee members Andy Holley and Nadine Lewis as winners of the BMMC’s Marshal of the Year Trophy, previously known as the Unipart Trophy.

Named in 2018 in memoriam of former BMMC President Barrie ‘Whizzo’ Williams was a versatile racing driver who raced since 1960. He competed in many forms of motorsport, but most notably rallying, single seaters, sports and saloon cars, endurance and more recently historic events.