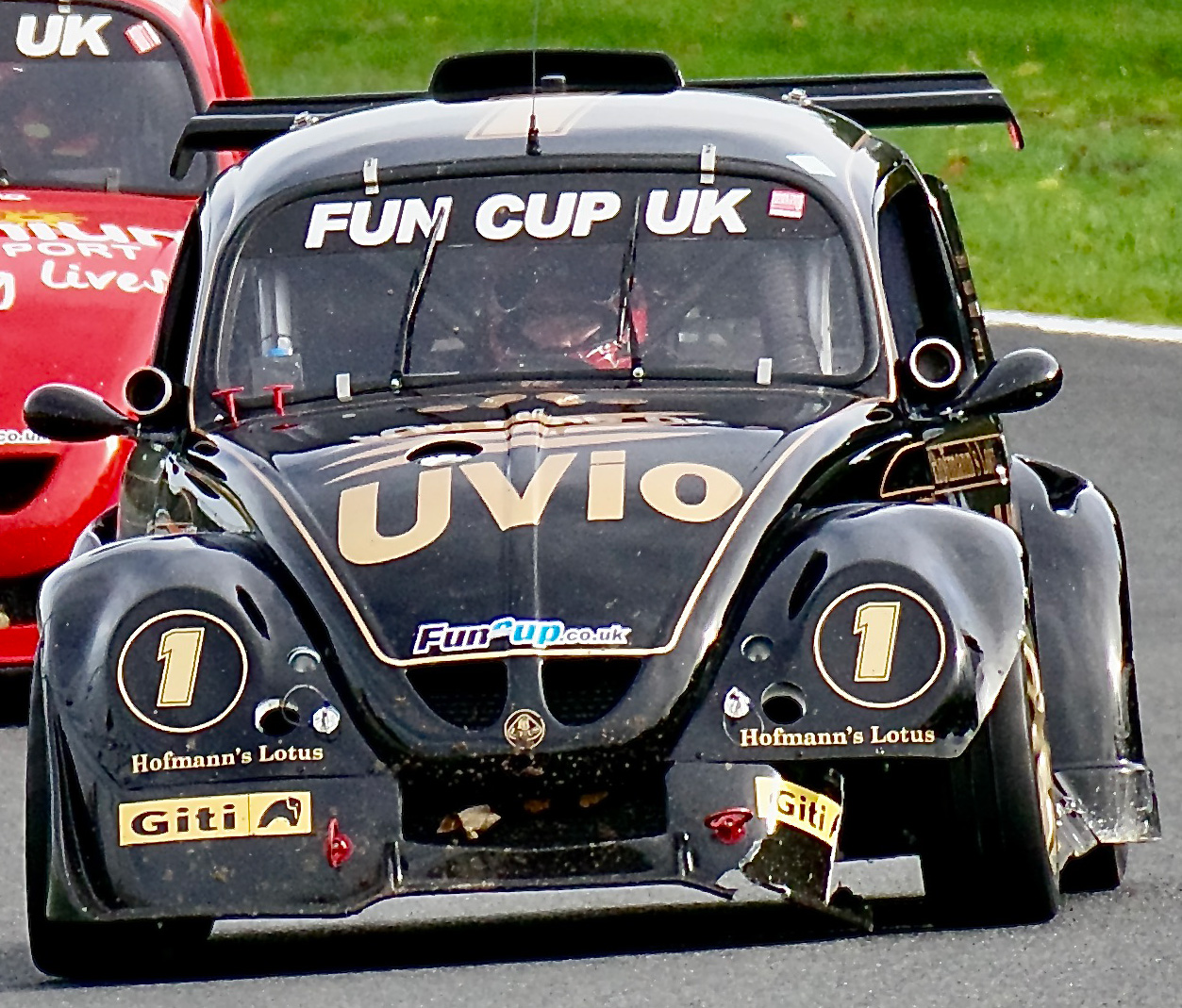 The BRSCC’s North Western Centre paid its last visit of the 2022 season to Oulton Park on 22nd October with a superb day of action.

The racing in the 4 hour Fun Cup enduro became more intense as the event unfolded. Approaching the 3 hour mark UVio/Hofmann’s Lotus were battling hard with PLR Racing as Team Greenheath and Stobart Sport also joined in the fun at the front of the field.

As everyone lined up behind the Safety Car with just 12 minutes remaining, UVio/Hofmann’s Lotus found themselves out of position after the final round of pit-stops. They were down in fourth place with 5 lapped cars between them and the leaders, Team Greenheath. They were undaunted however and carved through those ahead of them to take the win, aided in their quest when the Team Greenheath car was edged on to the grass dropping them down to sixth when the chequered flag came out.

UVio/Hofmann’s Lotus were joined on the podium by PLR Racing and Stobart Sport – this trio were covered by little more than half a second at the finish. Who says endurance racing is boring!?!

Outgoing Vinyl Detail ST-XR Challenge champion, Chris Jones, survived a huge slide at the first corner of race 1 of a season closing Double Header for this category. He had converted pole position into the lead when the red lights went out and managed to keep ahead despite his “brown trouser” moment at Old Hall.

Jones was closely pursued by two drivers who were vying to take the 2022 title – Michael Blackburn and Sam Beckett – but this contest was staged at mid-morning and the track was still quite wet off the narrow racing line which made any overtaking attempt very high risk… this didn’t stop Blackburn and Beckett from trying! However, there were no changes of order amongst the first 3 in an encounter which was interrupt by a Safety Car after Aiden Vickers’ badly damaged car came to rest on the entry to Druids.

When Jones and his rivals returned to duel it out after the Fun Cup runners had completed their 4 hours, he looked set to do the double but on lap 4 he suffered a track rod end failure at the apex of Lodge. This substantially changed his trajectory, sending him into the barriers on the outside of the corner.

Therefore, it was left to Blackburn and Beckett to battle it out for the last win of the year in these hot hatches. This was a really intense affair – at one point Beckett ran into the back of the new leader under braking for Hislops sending him across the grass triangle in the middle of the complex. It was clearly unintentional as he backed off to allow Blackburn to re-join the track still ahead.

Blackburn went on to see the chequered flag first and was crowned champion. Beckett was just 4 tenths behind as Matt Pimlott completed the podium having been fourth earlier on.

The fastest driver in the Avon Tyres Northern & Super Classic Formula Ford 1600 Championship’s qualifying session, Doug Crosbie, hadn’t raced since the corresponding meeting last season when he crashed in the wet. This year, things couldn’t have gone better. He took pole for race 1 by 2 and three-quarter seconds before taking a brace of victories by comfortable margins in a Class B Van Diemen RF89 prepared by his Dad, Paul, and Paul Brooker. The car ran perfectly and to cap things off, Crosbie was voted the Formula Ford 1600 Driver of the Day.

Crosbie didn’t have everything completely his own way. On the opening lap of race 1, John Murphy was pushing him hard in his Van Diemen RF90 but the contest was quickly neutralised with the introduction of a Safety Car due to a coming together at the first corner. When the cars were unleashed at the start of the third lap, Murphy passed Crosbie at Cascades but a mistake at Lodge by Murphy allowed Crosbie to get back ahead after which he was able to pull away – Murphy suspected he had an engine issue.

The second encounter, which was the final race of the season at Oulton Park, saw John Murphy once again harrying Crosbie in the early stages before his challenge faded. On this occasion he was caught and passed by Nick Barnes’ Swift FB89 which had finished third earlier in the day. Murphy did the double in Class A, confirming himself as the champion in that category as Barnes took the Class B title.

Paul Crosbie was the champion in Class C but was absent from this meeting. The only Class C entrant at Oulton was Ben Tinkler (Van Diemn RF80) but he failed to finish race 1. He and fellow DNFer, Richard Freye (Reynard FF88), were stars of the final thrash as they battled through the field to finish fifth (Freye) and sixth.

The BRSCC would like to thank all the marshals and officials who were in attendance at Oulton Park for their part in making it such a good day’s motorsport.